We are delighted to announce the next phase of Take The Reins. We are now registered as TTR Youth and Community Ltd and we will be announcing some exciting projects in the coming weeks. For now we would like to introduce you to our Directors. 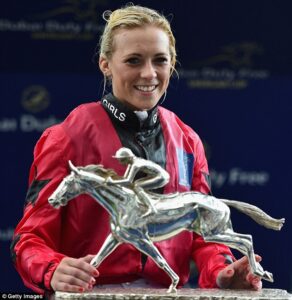 Sammy is a former jockey who’s career highlights include winning the Silver Saddle when guiding the ladies team to success at the Shergar Cup for the first time in its history. Sammy suffered a bad injury and she took the difficult decision to retire. She then spent a year working for York Racecourse. She got to see first hand the work involved in hosting a successful race meeting. Sammy is now assistant trainer to her partner Philip Makin. 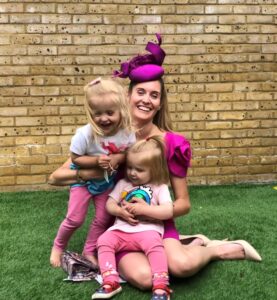 Amie is a former TV producer at Sky Sports News. She worked on every sport but her passion is horseracing and she would often be seen working on location at Cheltenham and Royal Ascot. Amie worked as a media manager for Richard Fahey Racing and co-founded Take The Reins. RF Racing has welcomed hundreds of young people to Musley Bank as part of Take The Reins. Amie is also a Magistrate in North Yorkshire and her biggest job is looking after her two little girls Rose and Beth. 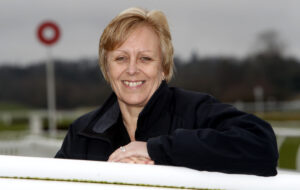 Deborah is a former journalist and worked at Lingfield Park Resort for more than eight years as its Head of Commercial & Partnerships. She is now the interim CEO of Take The Reins to take it into its next exciting phase. Deborah has been involved in TTR since its inception five years ago and has facilitated numerous trips to Lingfield by young people from south London. Deborah, was one of three finalists for the Godolphin Stud & Stable Staff Awards in 2019 for her community work within racing.