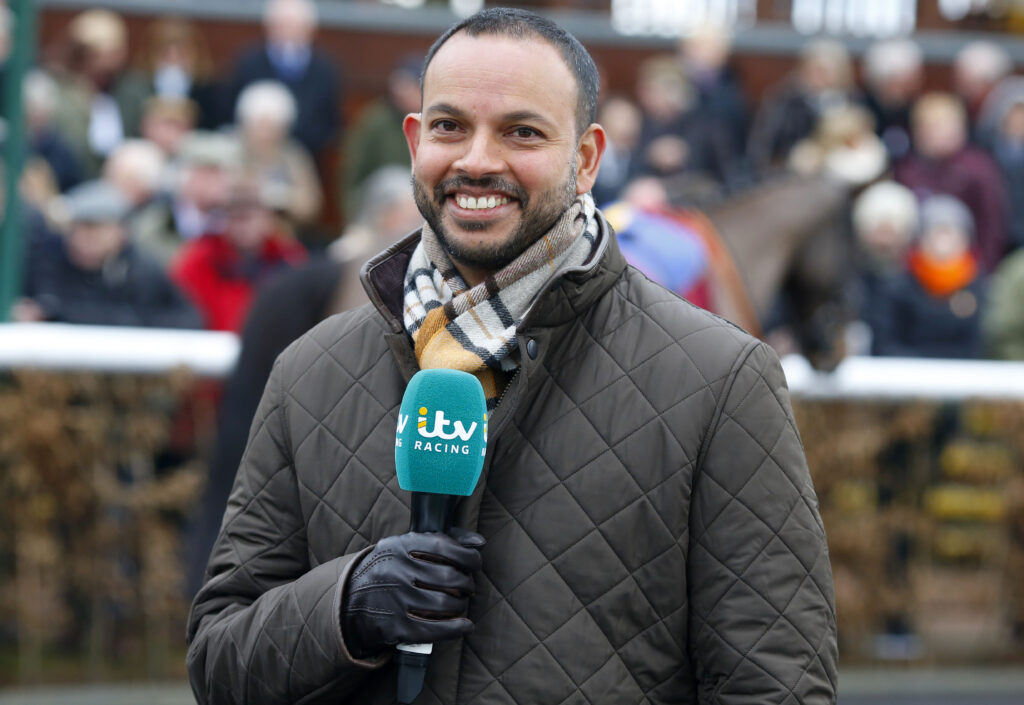 Sports presenter Rishi Persad is to join the Board of the racing-led youth and community organisation, Take The Reins.

The ITV Racing and Racing TV broadcaster is keen to speak out for increased diversity in the sport and is backing TTR’s bid to open up opportunities in racing to all sectors.

‘As soon as I became aware of the work and initiatives of TTR and what it stood for, I was keen to offer my help and support,’ said Rishi.

‘My views on the need for some positive action on diversity within the racing industry are well known and I think TTR is a great example of what can be achieved.’

The not-for-profit organisation aims to reach communities across the UK offering youth engagement, personal development, transferable skills training and engagement within the thoroughbred racing industry at all levels.

Deborah Hay, CEO of Take The Reins, said: ‘Having Rishi join us on the Board is a fantastic step forward.

‘We are at the start of our exciting journey and having such a familiar face involved at this early stage will help tremendously.

‘Rishi is passionate about everything that is at the heart of what TTR stands for. We very much look forward to working with him to make a difference to the lives of those young people we are here to help – those facing very real social and economic hardship.’

Rishi, who is also a member of the Diversity in Racing Steering Group, has worked in sports broadcasting for almost 20 years and covered some of the greatest sporting events in the world including four Olympic Games, major international golf tournaments and Wimbledon Tennis Championships.

Horse racing though, remains closest to his heart and Rishi has been a familiar face on all major terrestrial channels as well as Racing TV over the years and has been involved in broadcasting at many of the major race meetings around the world.